The Northern Territory’s peak body for homelessness and housing has joined more than 300 organisations Australia-wide calling for a “social housing boom” to beat the COVID-19 recession.

An open letter sent to Prime Minister Scott Morrison has the signatures of hundreds from the community, housing, local government, union and corporate sectors.

The letter calls on the government ahead of October’s federal budget to commit to new investment to reduce homelessness and create construction jobs by building 30,000 new homes over the next four years.

In the Northern Territory, the NT Government has estimated a shortfall of 8,000 to 12,000 homes in both urban and remote settings over the next five years.

But NT Shelter chief executive officer Peter McMillan said while there is a plan for investment in new remote housing builds, there is no plan for urban centres, where the majority are needed.

“We know that over the three year period to June 2019, there were only an additional 23 houses added to the total public housing stock in urban areas. That is a far cry from the 5,000 that are needed,” Mr McMillan said.

“What we expect to see is a plan from the Northern Territory Government to deliver that shortfall.”

Mr McMillan said the spending package would not only support the pandemic-battered economy, but also deliver much needed affordable homes across Australia and the Territory.

“Our homelessness is 12 times the national rate and our public housing wait lists are stubbornly and unacceptably long,” he said.

“If the Territory can get a 3 per cent share in this program, economic modelling shows that 1,050 additional dwellings would generate additional income of $340 million and 380 full time jobs over four years.

Mr McMillan pointed to a recent study published in The Guardian which highlighted social housing as key to Australia’s prosperity.

“In a recent survey of 49 leading economists across Australia, 55 per cent of them identified social housing as the best of 13 options for the Federal Government to stimulate the economic recovery,” he said.

“The best thing about the proposal is that it is financed by bonds that are taken up by institutional investors. In a small economy that has taken a big hit like the NT, we’d be crazy not to be taking a very keen and active interest in this initiative.

“We recognise the importance of heeding the advice of medical experts in dealing with the health impacts of the pandemic. Similarly, we need to follow the advice of economic experts when it comes to how to recover best economically.”

Letter calls for social housing boom, similar to that of the post-war era.

The letter cites the creation of 18,000 jobs amid calls for a path out of the worst recession in more than three decades.

Kate Colvin, national spokeswoman for Everybody’s Home – an organisation calling for a fairer housing system – said spending on social housing and homelessness has been largely static for the past decade, at an annual rate of about $1.5 billion.

Australia needs to build about 433,400 new homes to cover the current shortfall, she said.

“Australia can kill two birds with one stone if it directs some of the massive stimulus spending at the coming budget to social housing,” Ms Colvin said.

“The idea behind the Everybody’s Home call for a social housing construction boom is to solve two crises emerging from the COVID recession: unemployment and homelessness.”

The letter highlights the impact the COVID-19 pandemic will have on homelessness as unemployment continues to rise, and shines a light on the thousands of jobs lost in the construction industry, “with thousands more jobs projected to go in coming months”.

The letter points to historic government interventions in times of crisis.

“The post Second World War public housing boom was the result of bipartisan support for a national building program that helped lead Australia’s economic recovery and keep its citizens housed,” the letter states.

“Federal social housing investment after Cyclone Tracy and the global financial crisis was also instrumental in helping our communities and local economies rebuild.

“Housing is a fundamental need and our national response must rise above state boundaries or party politics. From Chifley and Menzies to Whitlam and Fraser housing programs worked because they were driven by national leadership. This tradition must be honored.”

Ms Colvin said the significant investment would do more than build new homes for Australian families at a time when they face significant upheaval, “it would be creating the building blocks of our economic recovery”.

“For every dollar spent on social housing, there is a $1.30 boost to GDP. Social housing can be a powerful stimulus for our economy, while delivering much needed infrastructure,” she said.

The original article can be read here. 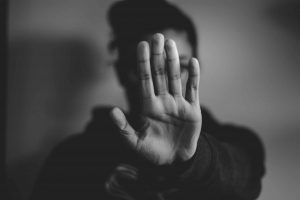 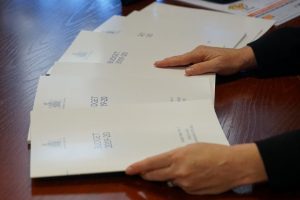