Vanessa Royal-Gray and her husband Alistair need a home for five children and a dog but fear a caravan park may soon be their only option.

The family has filled out at least 50 rental applications since December last year, after finding out their landlord would be selling their house in Darwin’s northern suburbs.

“It’s hard waking up every day knowing that you’re one day closer to not having a roof over your head,” Mr Royal-Gray said.

They want to stay close to a special needs school, where one of their children who has autism is on a waiting list, but that is looking increasingly unlikely.

“It’s just a struggle really, you keep applying and you keep getting ‘no’, Ms Royal-Gray said.

“If we haven’t found something, we have to either make a decision to leave Darwin or find somewhere else to stay.

“A caravan park for us would be our next option.”

Ms Royal-Gray said her family’s income was too high for public housing and affordable housing options for middle-income families were limited.

“It’s heartbreaking for everyone, not just us,” Ms Royal-Gray said.

“I’ve been going to the opens and there’s upwards of 20 people walking through the house — some of the houses you go to, it’s just astronomical, the price is outside of our reach.”

“We are good tenants and our real estate agent’s got nothing but nice things to say about us, but I think in some ways that doesn’t get passed on to the owners with your applications.”

Agents vacating ‘a lot of tenants’

People living in regional areas across Australia have been sharing similar stories of evictions, rental hikes and a lack of affordable housing.

Darwin’s house vacancy rate dropped to 1 per cent in the March quarter, according to NT Treasury data.

As the COVID-19 property boom continues, landlords have been choosing to sell their properties and vacate tenants where possible.

“They’re given notice to vacate unfortunately, or their rents have gone up so high, so they’re also in a real pressure-cooker situation.”

Tourism worker Jamie Kemp has been thrown into this pressure cooker.

Ms Kemp arrived in Darwin 10 months ago to work in the Top End’s tourism sector and found a job with the industry’s peak body.

After trying to renegotiate a rent hike of $160 a week, Ms Kemp, her husband and their greyhound are being evicted.

“We’re not opposed to increasing the rent, it’s just that by 30 per cent is outrageous,” Ms Kemp said.

She is already thinking about a move to Queensland.

“We don’t at the moment have enough money to buy our own property.

“We’re stuck, no matter what we do we’re stuck.”

Much like the Royal-Grays, the couple has become disheartened after attending rental open homes in Darwin.

“There were so many people,” Ms Kemp said.

“Not every property is suitable for our family, what if we had three or four kids? Our options then would be even more limited.”

Peter McMillan, the executive officer of affordable housing peak body NT Shelter, said some tenants had reported rent hikes of more than 60 per cent and would likely shift interstate.

He said a current review of the NT’s tenancy laws should look at the “dire” situation for renters right now and how to enforce “fair and reasonable” rents.

“We are now seeing people having to move interstate, sleep in cars, live in hotels, because there’s not enough housing.”

That is the last thing the NT needs when it’s trying to grow its population, its economy and supply workers to an understaffed tourism industry, Mr McMillan said.

“We’re short around 10,000 houses in the Northern Territory and we need a plan that’s going to address that,” he said.

“It is remiss of [the NT and federal governments] not having a plan for accommodating that population growth in the urban centres.”

Adding to the NT’s woes, there are fears a housing “crisis” across Australia will worsen with the winding back of a national rental affordability scheme that began in 2008.

The NT government has not confirmed, in response to questions from the ABC, whether a certain proportion of new land releases will be set aside for affordable housing.

NT Shelter suggests this figure should be 20 to 30 per cent and that existing public housing should not be demolished.

In a statement, NT Urban Housing Minister Kate Worden said a change to the current housing model over the next decade would include transfers of public housing to private “community housing providers”.

“This will ultimately lead to more private investment into building more social and affordable housing,” the minister said.

Ms Worden said $15 million would be spent over five years on new land releases for commercial and private investment.

Read Annie’s postcard from the field, and see what we’ve had to say about Darwin’s rental market, the recent Territory and Federal Budgets, and much

ABC Journalist: Felicity James. Vanessa Royal-Gray and her husband Alistair need a home for five children and a dog but fear a caravan park may 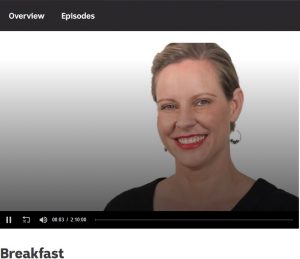 “It’s dire out there for renters”

Peter McMillan spoke with Jo Laverty on ABC Darwin about the latest data, showing that rental vacancies in Darwin are at 0.5%, and the difficulties Peter McMillan sat down with Paul Serratore on ABC Alice Springs for a wide-ranging conversation about the NT Budget, the Federal Budget, rental affordability and