Plans for more than 50 new public housing properties are in doubt after the Northern Territory Government diverted funding to help cover the blow-out in its COVID-19 home renovation stimulus scheme.

Labor’s spend on the $100 million Home Improvement Scheme more than tripled from the original $30 million promise after a flood of applications.

Half of the 20,000 applications submitted came after a pledge by Chief Minister Michael Gunner to honour all lodged within 24 hours of his announcement of a snap deadline in April.

Mr Gunner said savings would be found within government to cover the cost and later revealed $27 million would come from an existing stimulus scheme for works on public housing.

Department documents show most of the funds left in the $100 million Public Housing Stimulus program when the change was announced were earmarked for “new builds” in the Northern Territory’s major centres.

Housing and homelessness groups said the new public housing stock was overdue and badly needed in a jurisdiction with 12 times the national rate of homelessness.

“It’s absolutely vital that when we have stimulus programs like this, that are committed for $100 million to spend, that those programs are seen through in full,” he said.

“We don’t want to jump the gun, but if there is no intention to return that money to the public housing program then that would be a huge kick in the guts for public housing tenants and those on waitlists who need a roof over their heads.”

Plans for 64 homes in doubt

Before the funds were redirected, the new public housing builds were planned for the following areas:

Four new homes have been built in Palmerston through the Public Housing Stimulus program and work has now started on 10 new builds in Tennant Creek.

The public housing works were originally supposed to be finished by the end of June but Housing Minister Gerry McCarthy’s office said $9 million worth of works will continue this financial year, bringing the program’s total spend to $79 million instead of $100 million.

Department documents from last month show only $1.75 million out of $20 million set aside for new builds has been committed.

The Minister’s office said the funding diversion meant new builds would be “delayed” but did not directly respond to requests for clarification about what works were left unfunded by the cut.

The Minister’s spokeswoman said the curtailed spend was in addition to significant investment by Labor over its term.

“Total public housing stimulus by this Government totals more than $150 million additional funding into public housing after years of neglect under the CLP, improving 4,656 dwellings and providing more than 4,000 jobs to Territory businesses.”

Housing plans needed from all parties

When asked why the public housing money was used to fund the tradie voucher scheme, Minister McCarthy’s office released a statement saying the Public Housing Stimulus program, launched in late 2018, “was intended to support businesses as well as to increase the life of public housing assets.”

“The Public Housing Stimulus program continues. Both of these programs protect Territorians’ jobs.”

With a little over a quarter of tradie voucher applications processed at the start of this month, the Government said approved works added up to $50 million in new economic activity.

“And despite the willingness of this Government to go and willy-nilly borrow money, [they recognise] it’s got to come from somewhere.”

Before the pandemic, the Northern Territory’s debt was predicted to hit $5.9 billion at the end of the last financial year.

Labor is due to give a limited update of its current financial position on July 29, in lieu of the budget, which has been deferred until after the election.

NT Shelter’s Peter McMillan said all sides of politics should be talking about their housing plans before the August poll.

“We need a plan to actually get those houses supplied. Currently, there isn’t a concrete plan.”

No side of politics has yet outlined housing policies to take to the election.

The original article is available here. NT Independent Journalist: Roxanne Fitzgerald The Northern Territory remains in a housing crisis with more people homeless or living in over-crowded houses than anywhere else Over 1100 applications pending for housing in Alice Springs

Centralian Advocate Journalist: Jamal Ben Haddou. THE Territory’s peak body for housing and homelessness has called on the future government to make a housing and 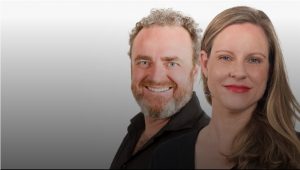 A five year Housing Strategy (from the NT Government) estimates 8,000 – 12,000 homes are needed across the Northern Territory.  Over the past three years