Northern Territory accused of walking away from moratorium on coronavirus evictions

NT opts against six-month freeze agreed by national cabinet and instead makes changes to negotiating and notice periods: The Guardian Australia

The Northern Territory government has been accused of walking away from the six-month moratorium on residential evictions agreed by the national cabinet.

All other Australian jurisdictions have legislated new laws giving effect to the March agreement to protect tenants for six months through a moratorium, or four months in the case of Tasmania, which acted before national cabinet.

But the territory Labor government has opted against a moratorium on evictions and instead intends to make changes to negotiating and notice periods via legislation introduced on Friday in what tenants advocates labelled a “broken promise”.

That decision has angered housing advocates in a jurisdiction where half the population rents and where the rate of homelessness is 12 times the national average, said Peter McMillan, the chief executive of Shelter NT.

McMillan told the Guardian the approach “falls way short of what was agreed at national cabinet on the 29th of March”.

“In our view there is no justification whatsoever why the NT government shouldn’t introduce legislation … that gives full effect to the national agreement,” he said.

Tamara Spence, the managing solicitor of the Tenants Advice Service, said clients in the Northern Territory were already being issued breach notices for rental arrears.

She said evictions had been ongoing over the past few weeks.

“They promised that the moratorium would be for six months. To do any less than that would be a broken promise,” she said.

In a statement on 29 March, the prime minister, Scott Morrison, said the national cabinet had “agreed to a moratorium on evictions over the next six months for commercial and residential tenancies in financial distress”.

But the national cabinet failed to agree on specific provisions to protect residential tenants, leaving the specific enactment of the moratorium and other measures to individual states and territories.

All states and territories except the NT and Tasmania have since passed laws enacting a six-month moratorium and of those that did, only NSW did not also ban rent increases over the period.

Most states and the ACT have also included tax breaks for homeowners or emergency cash grants to encourage landlords and tenants to come to the negotiating table.

The NT attorney general, Natasha Fyles, conceded “most jurisdictions have gone with 180 days”, adding that “here in the territory we’ve gone for 120 days”.

“And that’s split into two parts,” she said on Thursday. “The first part is extending if someone is having difficulty in paying their rent that negotiation period is currently set at 14 days, it extends it out to 60 days.

“And then when they have to give notice, the landlord gives notice to a tenant that currently again sits at 14 days, extends that out to 60 days, so that’s 120 days total. We believe that’s reasonable.”

Fyles told the Guardian the NT’s legislation was “guided by the principles from National Cabinet”.

“The work we have undertaken to implement the Tenancies Legislation Amendment Bill 2020 is a direct result of the Chief Minister’s commitment to work with all states and the Federal Government to quickly and decisively protect Australians in these unprecedented times,” she said in a statement.

While the ACT government has enacted a six-month moratorium on evictions, Fyles said the government was confirmed by a “just terms” provision in the NT Self Government Act.

“We cannot speak for the ACT,” she said.

But McMillan said the government ’s approach was “simply kicking the can down the road”.

“Extending notice periods gives no comfort to tenants that may well be evicted by their landlords,” he said.

“It provides no security that there will be bargaining in good faith.”

Linda Weatherhead, the executive director of the Darwin Community Legal Service, said her organisation, which runs the territory’s only tenancy advice service, was not consulted over the legislation introduced on Friday.

“We do know that there have been a lot of discussions with the Real Estate Institute,” she said.

Fyles did not deny the government had been lobbied by the real estate industry against adopting the moratorium when asked directly, but said the bill was “shaped by our existing legislative framework”.

“Advocates for impacted parties will of course have their own feelings about these amendments, and we respect that,” she said.

The Real Estate Institute of the Northern Territory was approached for comment.

The original article can be viewed here. 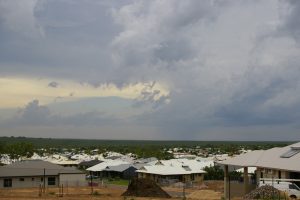