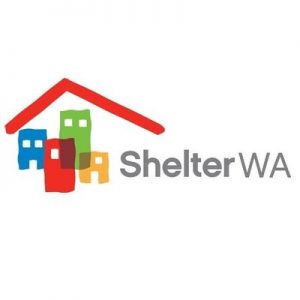 Shelter WA was delighted to be paid a visit from Peter McMillan the Executive Officer at NT Shelter. Peter flew across to Perth to participate in Shelter WA’s Aboriginal Housing and Health – An innovation agenda workshop held in partnership with the National Aboriginal and Torres Strait Islander Health Authority (NATSIHA) and National Shelter.

Shelter WA is a part of a national Shelter network and Peter’s contribution to the workshop on Aboriginal housing challenges provided a great opportunity for collaboration between Shelter WA and NT.

Like all the peaks in the Shelter network there are unique local perspectives and approaches to ending homelessness and pushing for the establishment of more social and affordable housing.

We took the opportunity to chat with Peter about the work and challenges being undertaken in the Top End.

“In the Territory we have ridiculously high levels of homelessness, especially in overcrowded Aboriginal housing, which is preventing too many children and families from access to good health, educational and employment outcomes,” Peter said.

“We are unique in that we have a very small jurisdiction with a disproportionately high housing challenge. By any measure the level of funding for housing and homelessness is inadequate as it is based on our share of population size, not need,” explained Peter.

“This has to change. There is some very significant investment going into remote housing and public housing stimulus at the moment, which is vitally important and welcomed, but we have a huge mountain to climb and need more substantial support from the Commonwealth to get there.”

This year the Australian Housing and Urban Research Institute (AHURI) National Conference was held in Darwin which brought the NT’s significant housing challenges to light.

“I was buoyed by the level of engagement by delegates on what is a genuine housing crisis in the Territory, especially in relation to Aboriginal housing. We know Australia’s social housing system is broken, and especially so in the NT.

“It is incumbent on all of us that we keep the energy at the conference alive and continue the hard yards to ensure that Australia sees the development of a National Housing Strategy and a clear plan for the delivery of the social and affordable housing that is needed to end homelessness and ensure that everyone has a place to call home.”

In recognition of the challenges AHURI dedicated a major concurrent session to looking at the intersection between housing and health with a focus on Indigenous communities in the Territory and across regional Australia. Peter was on the speaking panel for this session.

“We know from research undertaken by Menzies School of Health Research and others over many years that there are direct linkages between preventable diseases of poverty such as rheumatic heart disease (RHD) and overcrowded housing. More people are now realising the need for better collaboration between Housing and Health departments to identify priority builds in communities with high rates of RHD and severe house crowding,” Peter said.

“Most importantly, this needs to be done in partnership with local communities and Aboriginal Medical Services. If we can get this right, the extra housing will literally save lives and increase life expectancy for Aboriginal kids and families.”

While the NT has its challenges, Governments are taking notice. The Barkly Regional Deal, the first of its type in Australia, has brought three levels of government together to improve the social outcomes in Tennant Creek, the seventh largest town in the Northern Territory.

“The Barkly deal involves local stakeholders being at the table in determining how funding can be best used to meet local needs and priorities. As part of the regional deal, the people of the Barkly region will receive short-stay accommodation for visitors coming to town,” said Peter.

Under the deal funding was split across the governments. The Morrison Government contributed $45.4 million, $30 million is from the Northern Territory Government and $3 million from the Barkly Regional Council.

While its great news for Tennant Creek Peter is now pushing for Katherine, the fourth largest town to receive similar support.

“Katherine’s rate of homelessness is incredibly high at 31 times the national level.

“Frequent attendees at Katherine hospital are 16 times more likely to be homeless on presentation. The NT Government commissioned a study of rough sleepers in Darwin and Katherine and short-stay accommodation is an important part of addressing homelessness.

“There has been no announcement to date from government regarding a solution for Katherine, despite committing to three new facilities in the Darwin region. There is no justification for this in our view, and we expect the people of the Katherine region to be treated on a no less favourable basis.”

If you would like to read more about the great work being done in the Northern Territory you can visit the NT Shelter Website here.

The original article can be accessed here.