NT Shelter has provided a submission in response to the Northern Territory Planning Commission’s request for input on the Designing Better Discussion Paper.

Designing Better is Territory-wide in scope and seeks to encourage and enable residential apartment and mixed use buildings in the Northern Territory to:

While we support efforts for apartment buildings in the Northern Territory to be more climate appropriate, and designed to celebrate and enable local and regional differences, we believe that a consideration of inclusionary zoning mechanisms is essential in achieving the Commission’s objective of “champion[ing] best-practice, innovative approaches that make positive contributions to our built environments, the lives of future residents and the broader community.”

Inclusionary zoning is a land use planning intervention by government that either mandates or creates incentives so that a proportion of a residential development includes some affordable housing dwellings. Although Darwin faces high vacancy rates, there remains an acute shortage of affordable housing in Darwin and across the Territory. Recent modelling from the Northern Territory Department of Local Government, Housing and Community Development notes that around 8,000 to 12,000 additional dwellings are required in the Northern Territory by 2025, approximately 75% of which are estimated to be social housing. The Department have also noted that addressing this demand “will require a long term commitment that goes well beyond the life of this strategy [NT Housing Strategy: 2020 – 2025]”.

With the Northern Territory Government placing considerable emphasis on attracting new residents to the NT to support the Government’s broader economic and population growth strategies, it is critical that affordable and appropriate housing options are available to current and future residents. The 2018 – 2028 Northern Territory Population Growth Strategy, designed to boost the NT’s population and create jobs, has seen “small but significant inroads into boosting our population. It’s a big decision to relocate a family to another state or country and one that isn’t made quickly.” Increasing access to safe, affordable and appropriate accommodation options will provide further incentive for potential new residents to relocate to the Northern Territory. Inquiry into Homelessness in Australia SUSPENDED

UPDATE: Wednesday 1 April The Federal Government Inquiry into Homelessness in Australia has been suspended. No firm date has been given for when it will 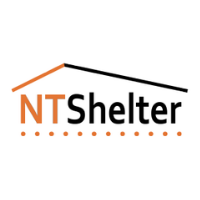 The COVID-19 pandemic presents many challenges for all Australians, particularly those who are homeless or without access to stable accommodation. In the Northern Territory, substantial

The NT Government have released a Fact Sheet regarding the COVID-19 Impacts on DLGHCD contracts for work in Aboriginal communities, town camps and homelands. Remote

NT Shelter has provided a submission in response to the Northern Territory Planning Commission’s request for input on the Designing Better Discussion Paper. Designing Better